An ideal web design agency doesn’t only design the web for you. Every web designer at our agency knows what it takes to design a website that appeals to the target audience and builds trust with them, presenting them a memorable journey full of impressive experiences.

An ecommerce website is all about connecting people to your brand in Singapore and giving them reasons to say “I’m glad to be here and will come back for more”. It occurs when your website addresses their needs, and only user-centric web design can help you do that.

We create every element of a website to help users solve a problem, empathise with them, and improve their overall experience, all of which result in an award winning design and a powerful brand story. Thus, our Singapore-based digital agency designs success for your business.

10+ years of trust and loyalty

We have worked with every industry out there - from Government to F&B websites, we have done it all. Regardless of small or big, we promise to serve our very best to meet your website needs.

In a digitally competitive and business-friendly economy like Singapore’s, you want an agency of web developers and designers who are aware of the trends.

Our Singapore-based web design company can get your business online, making it accessible and likable through a voice (website) that echoes your story.

We can create a stunning display of your corporate identity, so a lasting impression is created on your target audience in Singapore.

Our E-Commerce website design and development is more about bringing customers smooth user experiences than just getting them to buy.

PHP developers at our agency can customise and create functional features to improve the usability and performance of a PHP website.

We design and develop simplistic yet user-focused websites that look impressive and load fast and correctly on any mobile or computer.

WordPress is super dynamic for a CMS. It makes sense for us to offer our clients in Singapore a full range of WP website development services.

Creativity is a big part of Singapore's daily lifestyle, which makes it our business to provide our clients with beautiful and interactive web design.

An award-winning website is not all about having a rich and dazzling UI. Our brilliant designers can make sure it stands out as a unique creation.

Consistent uptime, error-free UX, and value proposition are some of the challenges of website maintenance that our developers can ensure.

Customer management is one of the key segments of a company's growth where our CRM app developers can help with industry insights.

Creativity, information, and an eye for details are what our designers offer when it comes to presenting your company's face in a logo or a brochure.

We offer affordable Drupal website design and development services to all types of businesses that is highly secure and easy to use.

Custom WP theme development is a good choice for many brands in Singapore expecting enhanced performance and security in a website.

Unless your target users find you on Google's first page, your website cannot add much. Our SEO experts can bring you higher rankings and traffic.

PSD to HTML Conversion in Singapore

A great piece of web design can be useful if it's converted to HTML in a pixel-perfect fashion in which our front-end web developers can assist you.

Need an affordable custom video service? Our video animators can create an impressive video story in the right format and smallest file size.

Winner of The Prestigious Awwwards

It is a wonder for many web design agencies in Singapore to be able to overcome the challenges presented by Awwwards. The prestigious competition body conducts a rigorous yet fair and transparent evaluation system based on four criteria such as design, usability, creativity, and content to recognise the effort and talent of web designers around the world. For us, it was a new experience that we embraced happily and came out a winner. The award keeps inspiring us to discover new ways to help our clients in Singapore become the winner in their industry

Our customers trust in us since many years.

Are your apps spying on you?

A few years back, Talking Point, an influential current affairs programme run by Mediacorp Channel 5, addressed a serious concern about the violation of privacy by app developers using mobile apps to spy on users. In an interview with Talking Point’s Diana Ser, Mr Desmond Heng, Project Director at Orfeostory, explained how an app gets access to a user’s mic, activates it to record conversations, and stores them on the backend servers for playback. He illustrated his point using a news app developed by the mobile app developers at Orfeostory in just 2 days. 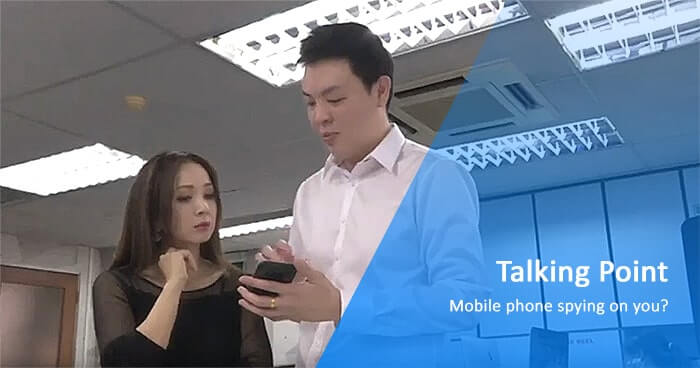 Are you looking for web design company in Singapore?

In Singapore, people are too digitally savvy to ignore better ways to search, shop, and communicate. So, ‘just’ any web designer or company may not be able to satisfy all your needs. But why choose us over all web development agencies? Feel free to call us and let us explain.

Request a Quote
Need Help? Chat with us
Start a Conversation
Hi! Click one of our member below to chat on WhatsApp
The team typically replies in a few minutes.
Mark Teo
C.E.O
Desmond Heng
Project Director